The UK education sector is elated that post-study work rights are set to be offered to international students for two years post-graduation, with students graduating in the 2020/21 academic year set to benefit from this new immigration rule.

In the midst of a political meltdown, the government revealed the policy change as part of an announcement about the world’s largest genetics research project also being launched, with the emphasis on the UK’s need for expertise – notably in STEM fields – made apparent.

International students make up half of all full-time postgraduate students in Science, Technology, Engineering and Maths subjects. The new immigration route… will mean international graduates in any subject, including STEM, will be able to stay in the UK for two years to find work,” read the statement.

UUKi director Vivienne Stern, just back from a trade delegation to India, welcomed the change.

She told The PIE News, “This will put the UK back where we ought to be – a first-choice destination for international students. We lost ground in the last few years, particularly in South Asia.”

It was a rule that the sector had been campaigning hard for, particularly in the last few years, since the same two-year work rights were rescinded in 2012.

Indian student enrolments were particularly impacted by the post-study restrictions, with corresponding huge growth in Indian enrolments in Canada.

“In India last week, there was huge press and student interest in the likelihood of this change so I feel very confident that the announcement will result in a real bounce in interest in the UK,” noted Stern.

“Evidence shows that international students bring significant positive social outcomes to the UK as well as £26 billion in economic contributions, but for too long the lack of post-study work opportunities in the UK has put us at a competitive disadvantage in attracting those students.”

According to a government statement, the new PSW visa will be available to students who have successfully completed a degree at undergraduate level or above at a UK HEI which has a “proven track record” in upholding immigration checks.

There will be no cap on the number of applications.

The new immigration route will enable eligible students to work or job hunt at any skill level, and they will be able to switch to the Skilled Work route if they find a job which meets its requirements.

A Home Office spokesperson confirmed at a UUK conference that graduates of the 2020/21 academic year are expected to be the first graduating year to benefit.

The sector has enthusiastically welcomed the news. “At last. Godot has finally arrived,” HEPI director Nick Hillman told The PIE.

“All the evidence suggests we need a better regime. We’ve been slipping behind our competitors because our offer has been so uncompetitive. The economy, universities and students will all benefit from a more sensible approach.”

The new regulations are good news for the ELT sector as well, English UK commented, highlighting the sector’s role as a pipeline for HEIs and expressing hope the news will enhance its competitiveness on the global stage.

“It is likely to mean that more young people and their families will choose the UK’s ELT sector to start their educational journeys or prepare for university study, in the knowledge that they can get a valuable two extra years of experience and using their skills in the workplace.

“We can also hope that this is only the start of making the UK more attractive to all international students through the visa system and positive messaging, so that the ELT sector can compete effectively with other destinations.”

The policy change has “been a really long time coming”, as Stern noted, with many sector stakeholders actively engaged in lobbying for the past few years.

“We felt we had won the policy argument some time ago, but it really took some dogged persistence to make sure that minister after minister pressed for the change in government,” she explained.

Stern said particular credit should go to outgoing universities minister Jo Johnson (who resigned last week), but also to his predecessor Chris Skidmore, and to Paul Blomfield, Lord Hannay and Lord Karan Bilimoria who have “pressed and pressed for years to get the government to make the visa system welcoming, rather than off-putting, to international students.”

Hillman agreed. “I shall forever think of it as the Jo Johnson memorial policy, given the excellent work he did on this in and out of office,” he added. 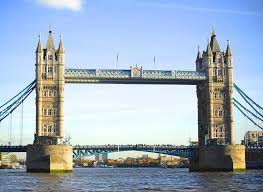